A cultural trip trough the Architecture of Romania

a workshop with architect Irina Neacsu

This is an invitation to discover Romania through its architecture. As the building patrimony has a lot of stories to tell about history of the place and people, about tradition and style, our trip will point out what is, that makes different areas of the country unique.

From the Center: The Saxon heritage in Transylvania
In the middle of an idyllic landscape, the roads in between medieval towns are not anymore a matter of reaching the final destination, but an invitation to see the stories of the old fortified churches and traditional villages

Then the East: The painted churches in Moldavia
As a unique interpretation of the Byzantine tradition, the churches from Moldavia still impress with their way of decorating the walls on the exterior with massive fresco.

All the way to the South: the Balkan vocabulary of ornaments and the first pure Romanian style
In an area where the pure Romanian architectural style claims its right, the traditional “cula” and the Armenian influences came to a point of being the main directions for the 19th century “Neoromanesc” style.

And back to Bucharest: The 19th century dilemma of finding a strong identity is still alive
In-between the French influences and the national style of the 19th century , Bucharest remained the scene of permanent changes: from the modern architecture to the communist era and then again to the post-communist new developments.

Irina  Neacsu is architect as profession, interior designer as practice. She studied architecture in Bucharest, then design and painting in the Fine Arts University in Rome. During her main studies, she had several grants which opened new directions of interest, such as photography, book illustration and wood work. Therefore, her work includes various projects, from architecture design to interior decoration and furniture design, children’s books illustration and painting. Starting this year, she  is a PhD candidate in the Architecture University of Bucharest – assistant in the Architecture History and Theory Courses, and her present work is  that of a freelance painter and interior designer. 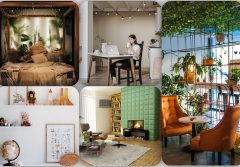 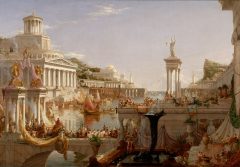 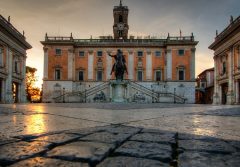