This is an online course. One day before the starting date you will receive on your e-mail the link where you can see the course, on Zoom.us.

These gods have been popularised in works such as Marvel’s Thor movies and Neil Gaiman’s American Gods, where the mentor, Wednesday, is an avatar of Odin.

In this course, we will look at the ways in which the Nordic myths relate to one another, in order to get an understanding of the Old Norse way of seeing the world. We will see if we can get a glimpse of their pre-Christian ethics, which seem to differ from the values that we take for granted.

We will look at what the Old Norse myths mean, and what they can teach us today. We will also look at how they relate to the myths and gods of other peoples, such as the Greeks, Indians and Egyptians.

In each session, we will discuss a number of myths and how they relate to the theme we are discussing.

This course will have three sessions:

1. Cosmogony and Cosmology: The Creation and Preservation of the World

In this session, we will examine how the various entities and locations of the Nordic cosmos found their place, and we will seek to understand how they relate to one another.

In this session, we will examine the ethics that the various groups in society lived by, and how they related to the general Old Norse cosmology. We will examine how the various gods represented different sets of ethics and what we know about the ethos of warriors, common men and witches, and which gods and practices they followed.

In this session, we will examine the end of the world, especially as it is presented in Völuspá, the most famous of the Eddic poems. We will look at the cyclical nature of Nordic cosmology, how it relates to other mythological systems and how and why it differs from our more linear way of perceiving reality. We will discuss what the end of the world means, and what it can teach us.

This course in English, so knowing English at a good level is a must, if you want to attend it.

This is an introductory course about the three main synergistic African-origin religions in the New World. Although they all originated in Africa, all three religions contain prominent elements derived from other sources, such as Catholicism, Native American religion and even European renaissance [...] 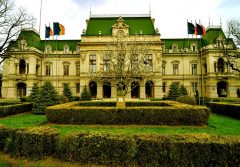 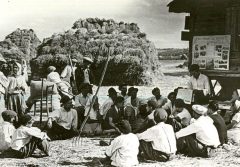